1965: Built at Sandhaven. In the 1968 and 1980 Olsen’s she is shown as owned by the Fishermens’ Mutual Assoc. (Eyemouth) Ltd, Eyemouth and others In the 1987 Olsen’s the owner is shown as David C. Rainford and William A. Chard, Fleetwood
22.11.1990: ANTARES left her home port of Carradale to fish in Bute Sound, northeast of the Isle of Arran, with a crew of four.
22.11.1990: Shortly after 0200 hrs TRENCHANT was in Bute Sound, submerged at a depth of 60 metres and steering a course of northwest at about six knots. An exercise series had just been completed and the Duty Captain was preparing to hand over to the next student, who was with him in the control room.The Captain and Course Commander were in the wardroom, discussing the Duty Captain’s performance. TRENCHANT was detecting surface vessels by means of her passive sonar.
At 0217 hrs TRENCHANT had a close sonar contact to starboard and turned to port to avoid it. Banging noises were then heard in the submarine and it was assumed by those in the control room that a fishing trawl had been snagged. On regaining periscope depth, two fishing vessels were seen, apparently engaged in
normal fishing. TRENCHANT surfaced at about 0300 hrs and a trawl wire was discovered fouled on the submarine casing. Attempts by the submarine to contact the two fishing vessels by radio were unsuccessful. Since everything on the surface appeared normal, TRENCHANT reported the incident to Faslane base and continued with her exercises.
Later in the morning it was reported that ANTARES was missing and a full scale search operation, coordinated by Clyde Coastguard, was mounted. The wreck of ANTARES was located on the sea bed in the early afternoon, the position was where the collision with the trawl had occurred. The wreck was salvaged on 10 December. It was found that the starboard trawl warp had parted and the broken end matched the section of wire found on TRENCHANT’s casing.
The bodies of the four crew of ANTARES have been recovered.

MISTAKES by a submarine’s command team led to the sinking of a Scottish trawler with the loss of its four-man crew, according to an official accident report published yesterday.

The report by the Marine Accident Investigation Branch said there had been ‘a partial breakdown in the watchkeeping structure and standards’ on board HMS Trenchant, a nuclear- powered submarine. It also said incorrect reports from Trenchant led to an eight-and-a-half-hour delay in mounting a search and rescue operation ‘which may have contributed to the loss of life’.

The crew of the trawler Antares died on 22 November 1990 when the Trafalgar class submarine snagged its nets in the Bute Sound, north of Arran. Trenchant had been engaged in a submarine command exercise, known as a ‘perishers’ course.

Control of the submarine passed from Trenchant’s captain, to the captain of the command course, and to the student being assessed, referred to in the report as the duty captain. The collision happened when the duty captain was about to hand over to another student. Surface vessels in the area were being detected by Trenchant’s passive sonar.

The report, perhaps more critical of the performance of Trenchant’s command than had been expected, states: ‘The command team on board Trenchant had no clear appreciation of the surface contacts held on sonar during the period between the completion of the exercise and the collision.’

It also says that the Trenchant team ‘did not fully appreciate’ that there were two vessels within sonar contact relevant to the collision ‘going in opposite directions’.

Too much attention was being given to the position of the Royal Navy vessel, Charybdis, taking part in the exercise, and the concentration of the duty captain was ‘impaired due to his conversation with the next duty captain in the minutes before the collision’, the report says. The command team on the submarine is described as having a ‘false sense of security’, making ‘incorrect assumptions’ and failing to properly assess what might have happened on the surface subsequent to the collision. (Banging noises had been heard in the submarine and it was assumed in the control room that a net had been snagged.)

Attempts by Trenchant to establish contact with fishing boats after it surfaced were described as ‘not adequate’. Trenchant is described as having resumed its exercise with ‘a lack of appreciation of the reality of the situation’.

A fatal accident inquiry, the Scottish equivalent of an inquest, was also critical of the submarine’s understanding of where it was in relation to other vessels, and of what if had actually done.

A formal naval court martial last month reprimanded the student officer in charge of Trenchant. Further courts martial have not been ruled out.

Further Reading (PDF Document)
The Report of the Official Enquiry 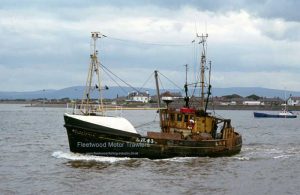 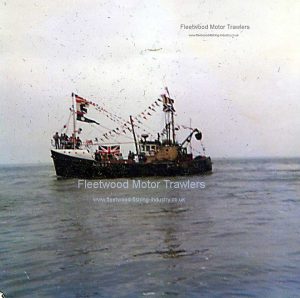 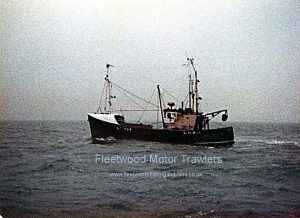 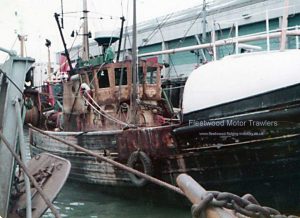