1956: Built as ACADIA SNOWBIRD in Aberdeen for Boston Deep Sea Fisheries.
Boston Deep Sea Fisheries sent her to their Canadian subsidiary, Acadia Fisheries in Nova Scotia where she operated from Mulgrave, NS for a few years before being brought back to the UK.
1968: She arrived initially at Fleetwood as ACADIA SNOWBIRD but was quickly renamed BOSTON HARRIER and registered at Lowestoft (LT76).
She worked for some time from Fleetwood on the Irish Sea sole fishery before being transferred to Lowestoft.
1972: Sold to Putford Fisheries of Lowestoft and renamed EASTLEIGH.
1976: Scrapped. 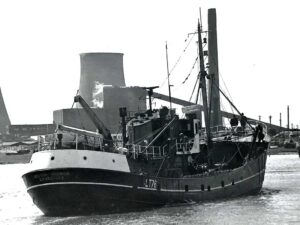 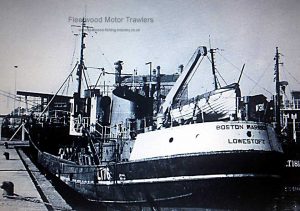