1958: Launched by Cochrane & Sons Ltd, Selby as NAVENA for J Marr & Son Ltd, Fleetwood. First Marr trawler fitted with a variable pitch propeller, and first Fleetwood trawler with a transom stern.
21.05.1959: Registered at Fleetwood (FD172).
28.01.1969: Transferred to P & J Johnson, Aberdeen (FD172).
02.01.1977: Sold to J Marr (Aberdeen) Ltd (FD172).
05.12.1973: Sailed from Aberdeen at 09:30 hours for the fishing grounds of the Faroes under the command of skipper James Clark.
06.12.1973: At 06:12 in the morning a mayday call was reported by Wick radio. NAVENA had been driven ashore in severe weather and was hard aground on the Orkneys, at Copinsay. Three other vessels, GLEN AFFRIC, BOUNTIFUL and COASTAL EXPRESS tried to reach her but they were some way off. Kirkwall lifeboat reported that the trawler was in a critical position with only the wheelhouse above water.

20 men from the Deerness Coastguard Rescue team were in sight of the vessel but the wind prevented them from getting a rocket line aboard. Because of this, and despite the severe conditions, a Sikorsky BA.S61 was scrambled from Dyce.

Battling through atrocious conditions the helicopter succeeded in reaching the stricken vessel and found her in a desperate condition. She had been driven beam on against jagged rocks and was in danger of breaking up. The crew of 12 men were huddled inside the wheelhouse waiting for rescue. In a consummate display of flying skills the pilot of the helicopter winched all the crew off in spite of the winds that were gusting in excess of 100mph, a feat that earned the pilot the Board of Trade Rescue Shield for the best rescue involving the saving of life during 1973.
All the crew were landed at Kirkwall. 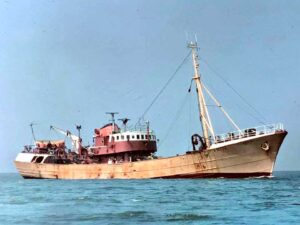 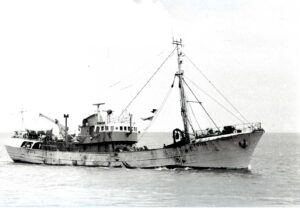 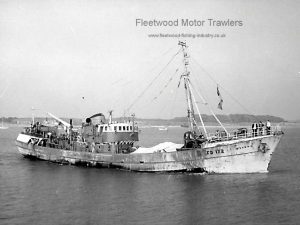 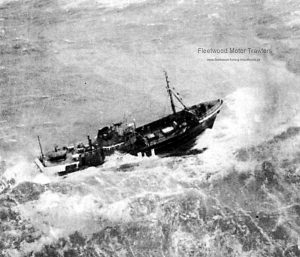 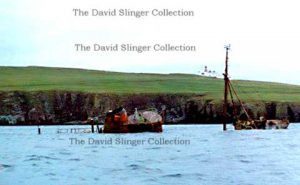