Note 2: The 40-metre steel side trawler, under command of 34-year-old Capt. Charles Walters, had left the fishing grounds the day before with an estimated 120,000 pounds aboard. About 100 kilometres southeast of Cape St. Mary’s the vessel ran into a savage Atlantic gale with 95 km/h winds whipping up eight-metre waves, coupled with sub-zero temperatures that caused heavy ice to form on BLUE WAVE’s hull and superstructure.

Even in fair weather the BLUE WAVE had been known to “go over on her beam’s end” — completely on its side. When that happened the engine would have to be immediately stopped to allow the ship to right itself. But adding a furious North Atlantic winter storm and a buildup of tonnes of ice proved to be disastrous.

At 3:45 a.m. Walters told Capt. Bill Vardy of the Burgeo trawler TRITON that BLUE WAVE was taking on ice, and the ship would have to slow down or stop, so his men could get out on deck and beat off the ice.

Fifteen minutes later Walters sent out an SOS telling the TRITON to speed toward them because BLUE WAVE was over on her beam’s end. The TRITON immediately made its way to the position Walters gave, but because of the blinding snowstorm and gale-force winds, nothing could be seen.
Boats and planes searched the area day and night but found no sign of BLUE WAVE. Then early on Tuesday morning an aircraft spotted what appeared to be an overturned lifeboat or dory.

All hope vanished on Wednesday when the company trawler FORTUNE STAR recovered one of the Wave’s dories, which was bottom-up, as well as a hatch cover and a flagstaff. Another BCS trawler, the LUCKIMEE, picked up a lifeboat and a dory.

The towns of Grand Bank and nearby Fortune lost a total of 16 men.

For three days the towns were in mourning and all social activities were cancelled. Businesses, dwellings and ships flew flags at half-mast. Memorial services were held in all churches. 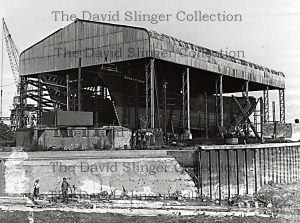 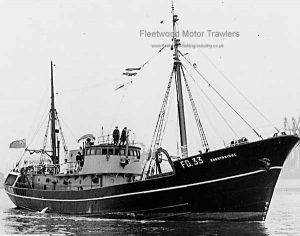 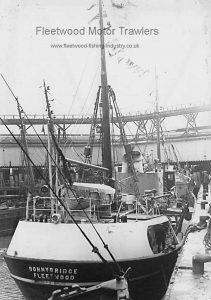 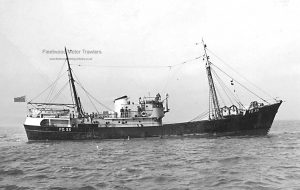