1960: To Fleetwood as a new vessel.
1972: Became BOSTON TRISTAR GY210 after Iago was acquired by Boston.
1975: Arrived at Richards shipyard, Lowestoft.
1976: Sold to Colne Fishing Co Ltd and renamed ST MARK LT327.
1980: Converted for oil rig safety work.
August 06 1990: Sank off Cromer after a collision with the tug VIKINGBANK which was towing a heavily ballasted and unlit barge. The barge was so low that the radar failed to pick it up and a 40 ft hole was ripped in St. MARK’S portside, from aft to midships. She sank in 6 minutes with no loss of life.

The Cromer lifeboat, RUBY and ARTHUR REED II, was called to ST. MARK shortly before she sank on 6 August 1990. The lifeboat had been launched at 1620 Following a Mayday call from the vessel which had been in collision with a tug towing barges about 6 miles north east of the station.
The ten men aboard taken to her own lifeboats and were picked up by another vessel which had been only four miles away when the collision occurred. 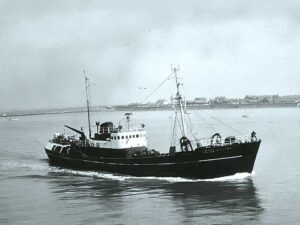 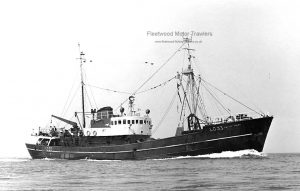 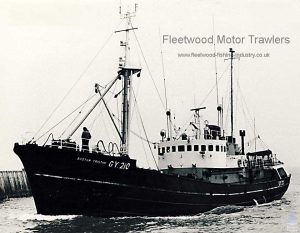 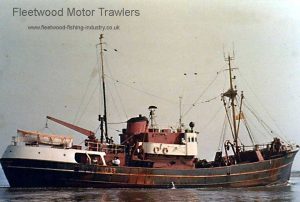 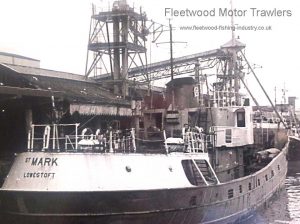 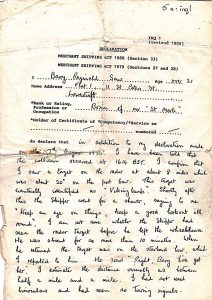 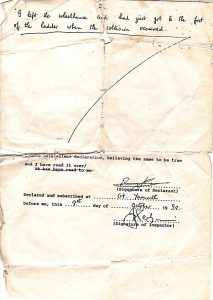