1960: Completed by Cook, Welton & Gemmell, Beverley (Yd. No. 960) for the Hewett Fishing Co Ltd, Fleetwood, as ROYALIST. Registered at London LO50.
1993: Owned by the Anglo-Spanish company Flagperry Ltd, Milford and operating as a netter after her conversion in Spain. Her operating base is shown as ‘Spain’ but we know that they had to land a certain number of catches in UK in order to comply with UK registration. The catch was then trucked to Spain.
23.01.2008: Flooded and sank during fishing operations when approximately 180nm off Dingle, Ireland. ROYALIST was about to shoot her nets when she was hit by a large wave on her port side, which caused her to heel to starboard. The vessel was starting to return to the upright when she was hit by a second wave, after which she took on a permanent list due to the amount of water on her main deck and within an accommodation alleyway.

The list increased as water continued to wash over the vessel’s submerged starboard gunwale and was able to progress into the engine room and aft accommodation, by way of an open net hatch. Although the crew attempted to stem the flow of water by closing the net hatch, the vessel started to sink.

At 1553, the skipper sent distress messages on Inmarsat C and VHF radio channels 13 and 16, and ordered his crew to abandon the vessel into the vessel’s two liferafts. The skipper of the French fishing vessel DAMAFRAN, which was fishing about 5 miles to the south, heard the distress message and immediately cut his nets and headed for the stricken vessel. At 1645, ROYALIST’S 18 crew were recovered by DAMAFRAN. ROYALIST sank by her stern 25 minutes later. 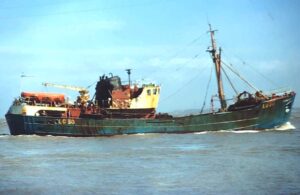 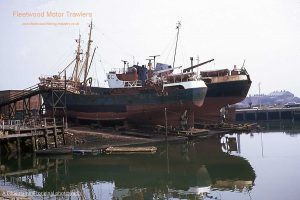 M.T. Royalist LO50
On the slip with Wyre Captain
Picture courtesy of The Ted Hammill Collection 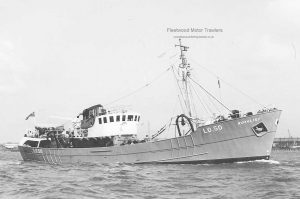 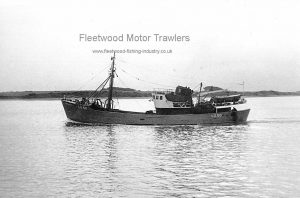 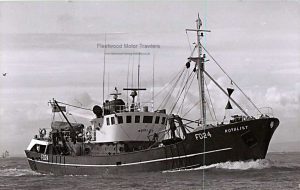 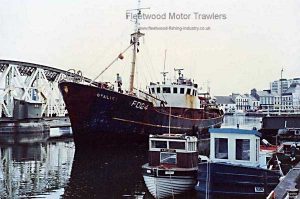 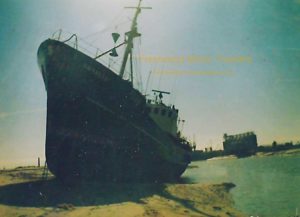 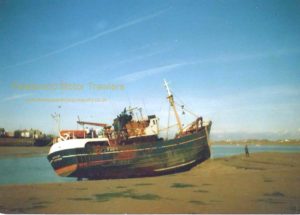 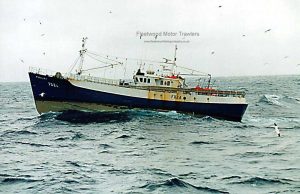